So what is a Duvet Cover?

A lot a people confuse on what a duvet is? Some call it quilts, comforters or duvets.

Then what is a Duvet?

it is forms from the French word ‘dyve’ meaning down. It’s a type of bedding which consists of soft flat bags filled with either down, feathers, wool synthetic alternatives and silk. In our case these soft bags are filled with silk. It is normally protected removable cover similar to bed sheeting. Most people use duvets without a top bed sheet as a duvet cover is normally regularly washed.

What’s a Quilt, Doona and Comforter then?

It’s completely understandable that people could become confused between duvets, quilts, Doonas and comforters. In England it is commonly called a continental quilt or quilt. In Australia it is also referred to as a doona. In America you may even be called a comforter. They are really the same thing but depending on your location or where you are from these words interchangeably.

Purpose of a Duvet Cover and Quilt Covers?

Due to its expensive nature and difficulty to clean, these covers are useful. They protect your duvet and can be easily removed to wash. They also allow for quick and easy change to the look of your bed without having to redecorate.

Duvet normally fits snugly inside a duvet cover which can be removed and washed at any time.

What size cover does a duvet need?

To make sure your comforter, quilts and duvet for correctly make sure it is 2.5cm to 5cm longer then the bedding sizes below.

Please thicker mattress will need more then the 2.5cm to 5 stated above. 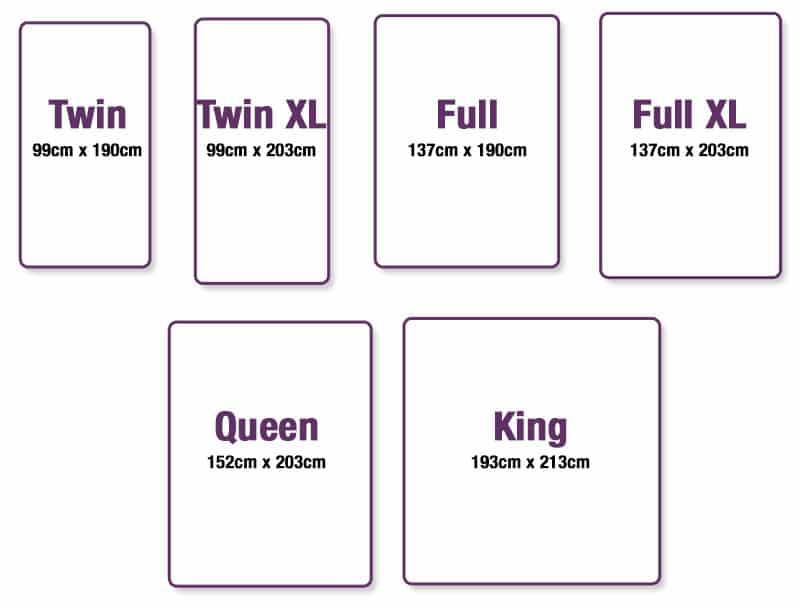 Putting a Duvet Cover on your Doona, Quilt, Comforter or Duvet

Step One – turn the cover inside out and lay it on top of the duvet
Step Two – put your arms inside the cover following the seams up until you grab the corners of the opposite ends of the opening.
Step Three – holding the cover family through the duvet, shake the cover down over the duvet.
Step Four – fasten the open end

Simple ways to keep comforter from sliding down in a duvet cover?

To keep the cover from sliding down you might want to attach the corners of the doona to its cover. Possibly sewing small ties made of ribbon to each corner of the quilt, doona, or comforter. To stop permanent movement, you will need to tie the duvet, quilt to its cover.